Dr Christophe Granet is an award winning antenna engineer with over 20 years experience in the design, manufacture and test of high performance reflector antennas and feed systems for satellite communications, radio astronomy and scientific applications. He was the recipient of the 2001 HA Wheeler Award from the IEEE Antennas and Propagation Society, and has published over 160 peer-reviewed scientific papers and co-authored two book chapters on antenna design. From 1995 to 2008 he worked as a Principal Research Scientist at the CSIRO Radiophysics Laboratory, then in 2008 left to join BAE Systems Australia as a Senior Antenna Specialist. In 2015 he left BAE Systems to start Lyrebird Antenna Research Pty Ltd. Christophe is a Senior Member of the IEEE.

John's Short Bio: Dr John Kot joined the CSIRO Radiophysics Laboratory in 1988, working on a range of projects including methods in computational electromagnetism, wireless networks, radio astronomy, satellite communications, electronic warfare, and passive millimetre wave imaging. He also supervised undergraduate and postgraduate students, and served on scientific committees such as the Australian Academy of Science National Committee for Radio Science. In 2006 he became Science Leader for Antennas and Propagation at CSIRO. He left CSIRO in 2008 to join BAE Systems as a Senior Specialist working on satellite communications, mainly the development of antennas, filters, and feed system components, but also covering RADHAZ analysis, satellite link budgets, and RF impairments in satellite ground stations. After working at BAE Systems for over seven years, he left in 2015 to found Lyrebird Antenna Research Pty Ltd with Christophe Granet and Ian Davis. John is now a partner in a new start-up company, Young & Kot Engineering Research. He has published over 100 scientific papers and authored two book chapters. John is a Senior Member of the IEEE.

Ian's Short Bio: Ian M. Davis, BEng MEng has over 30 years of experience in antenna systems covering several areas including EW, Wireless and SATCOMs. He is a senior member of the IEEE and a former member of the IET. Ian worked as a tutor demonstrator in communication engineering at RMIT from 1978 to 1979 and as a research engineer at Racal Decca in the UK from 1979 to 1981. He then joined ERA Technology where he worked on both European Space Agency and British MOD contracts. He returned to Australia in 2002 and joined CSIRO where he was the Antenna and Propagation team leader and the project leader of the Cognitive Wireless Communications project which included the mm-wave multi-Gbit link which won the 2007 CSIRO Chairman’s medal and a National Engineers Australia Excellence award. Ian joined the BAE Systems Australia antenna team in 2008 and left BAE Systems in 2015. More info on Ian can be found here.

Dr Oya Sevimli is a senior microwave engineer, with many years of experience in integrated circuit design and test, transistor and noise modelling and measurement. She joined the CSIRO Radiophysics Laboratory in 1987 as an Experimental Scientist and designed and tested microwave and millimetre wave integrated circuits at frequencies between 10 GHz and 120 GHz on gallium arsenide (GaAs) and indium phosphate (InP) materials. In 1997, she became a Principal Research Scientist; she led and coordinated a research team in the development of multi-gigabit data rate millimetre wave communication systems starting from the proposal stage. Between 2005 and 2008, she was Science Leader for millimetre wave technologies at CSIRO (https://csiropedia.csiro.au/sevimli-oya/).

She left CSIRO in 2008 to join Macquarie University and, in collaboration with Mimix Broadband (then MACOM Sydney), started her own PhD on transistor noise modelling After completing her PhD she became a lecturer in electronic engineering units in the Department of Engineering (https://directory.science.mq.edu.au/users/osevimli).

She joined MACOM Sydney as a Senior Design Engineer in May 2017, until its closure in December 2018. She continues as an Adjunct Fellow at Macquarie University. She is a senior member of IEEE. Majority of her publications can be found on Google Scholar (http://scholar.google.com.au/citations?user=rdt1wmYAAAAJ) 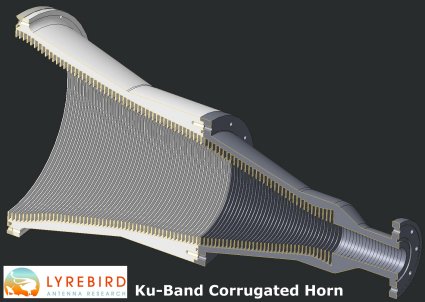